In her – ultimately admiring – review for the Telegraph, Jan Morris confesses she had difficulty making sense of Robert Macfarlane’s The Old Ways. She wonders if she has been deceived by the subtitle, ‘A Journey on Foot’, because, she says, ‘it is anything but a pedestrian travel book.’ 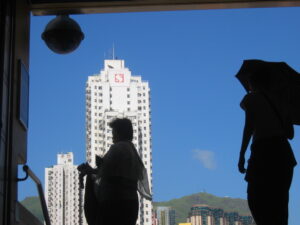 She also is uncomfortable with his writing style:

Can ‘wands of dogwood’ really make ‘zebra-hide’ of a snowy path? Do the flights of puffins truly sound like ‘bank-notes being whirred through a telling machine’? Can prose be ‘tendrilled’? And what is the meaning of ‘chiasmic’ as applied to the Spanish palindrome that ran rhythmically through the author’s brain on the track to Minya Konka?

Her examples are puzzling. How unlikely would it be if shadows cast by the branches of trees in winter formed striped patterns? How strange is it to suggest that an argument twists and turns in order to latch on to something for support? To my ears at least these puffins certainly do sound like machines counting banknotes, and it is hardly stretching a point to see in the palindrome a chiasmus of letters rather than words.

To be sure, this is not the kind of language Morris uses in her own writing which is, dare I say, rather pedestrian, although her ambulatory signature is more akin to that of the exceptionally well-informed tour guide than a silently drifting visionary or flâneur.

Morris would not expect you to have any difficulty classifying her travel books which are, for the most part, portraits of cities she knows well. Metaphors are tightly rationed and – it would seem – must never startle. Her favourite way of describing cities is to measure them against others.

Downtown Sydney is ‘not unlike lower downtown Manhattan’ while the suburb of Burwood ‘was, and still is, like a very small slice of Newport, Rhode Island’.1 Oxford University is not like the Sorbonne, Heidelberg, Princeton or Harvard while the assembly-line workers at the Cowley motor plant are distinguished from their counterparts in Detroit, Tokyo and Dusseldorf.2 The first paragraph of an article on Ottawa finds her briefly transported to Stockholm, then Aberdeen, and then the Montenegrin town of Cetinje while Glasgow’s George Square ‘is no Piazza San Marco or Place de la Concorde’.3 In Hong Kong she finds Peddler Wharf has ‘rather a Mediterranean look’ while rickshaws outside the Star Ferry terminal ‘remind me of the very last of the Bath chairs, antediluvian outside the Great Western Railway station’.4

The places she writes about tend to blur into each other. Readers may not have visited either the city being described or the city to which it is compared, but are no doubt meant to be flattered by the assumption that they have travelled widely enough to grasp what is suggested by the similarity or difference. These implied cosmopolitan readers effectively drive her writing; they rarely appear ‘on screen’, as it were, but occasionally they acquire a more substantial form.

The technique of superimposition reaches its climax in Letters from Hav (1985), a novel that is set in an imaginary city-state which is a kind of oneiric compilation of every place she has visited. The first-person narrator bears a very close resemblance to the Jan Morris who writes travel books.

One day she goes to the Palace. ‘The whole ensemble looks like a cross between the Brighton Pavilion and St Basil’s Cathedral in Red Square,’ she writes, and enjoins her reader to accompany her inside: ‘Come with me now, for instance, into the ground-floor offices of the North Block.’

We cross a huge hall, filled with hundreds of desks, a man sat at each one, buried in paperwork.

‘May I help you?’ asks a peripatetic supervisor, carrying a large and battered clipboard.

‘We are looking for the Department of Temporary Contributions.’

‘Ah, that will be our Monsieur Tarbat, let me see now, Section A10 I believe’ – he consults his board – ‘ah no, he has passed to Section K … it must be – let me see – I think perhaps it’s a branch of Domestic Registrations … I wonder now – patience, mesdames, forgive me -‘ 5

That mesdames is a stroke of genius.

Who could fail to be charmed by this gentle meta-fictional disturbance where the reader is momentarily visible to one of the book’s characters, whose use of the plural suggests he is addressing both the narrator and her rhetorical companion?

But something else might give us pause. After all, how delightfully strange it must feel to the man of the world holding the book in his hand (for this cosmopolite must be a man, right?) to suddenly twig (as he belatedly deciphers that tell-tale honorific) that he has been transformed into a woman.

Morris may not win any prizes for poetry, but she can create astonishing scenes that reveal a lot more than at first appears.