This site offers materials for teaching and research in the field of Black Atlantic studies. Written and maintained by Alasdair Pettinger, it consists of short essays, mini anthologies, reprinted hard-to-find primary texts, bibliographies, links to other related online resources. The blog will include news items, sidelong observations, and more personal glimpses of work in progress. Or, more likely, work not progressing very much at all.

In one way or another, the different sections all engage with issues raised by the movement of people, goods and ideas in the vast networks of intercontinental exchange first established during the transatlantic slave trade of the 16th to 19th Centuries, extended and further transformed during the period of Abolition and Decolonization and beyond.

The editor’s own interests are largely literary and historical, and focus on connections between Europe (mainly Britain and France), the Caribbean (especially Haiti) and the United States. The materials here reflect these preoccupations, although exceptions will be freely admitted.

The first four sections to be developed are:

In preparation are sections that chart the use of the Moses / Exodus motif and document the history of the slogan Liberty or Death. Somewhere down the line there will be a Zora Neale Hurston Alphabet. And – because of the controversy that surrounds it – some thoughts the idea of the ‘Black Atlantic’ itself.

Finally, why bulldozia? The word does not seem to be listed in any dictionary. Recently I discovered that it could be a transliteration of the Russian word бульдожья (bulʹdozhʹya) for bulldog. But long ago I knew it appears twice in Zora Neale Hurston’s first novel, Jonah’s Gourd Vine (1934). Her young protagonist, John Pearson, complains about his shiftless domineering father:

Later, John is given some advice on his first day at a lumber camp:

Hurston was a great collector of Southern folk-lore,but she was not above making things up from time to time.

It is possible that it was highly localized expression that has since fallen into disuse and so has barely entered the written record. But it is more likely that Hurston – who took delight in calling herself ‘Queen of the Niggerati‘ – coined it herself as a kind of portmanteau word, combining bullshit and braggadocio.

Its revival is long overdue. 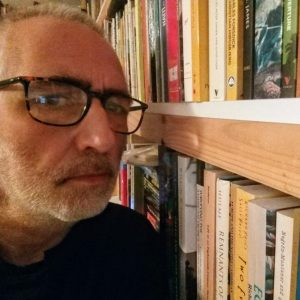