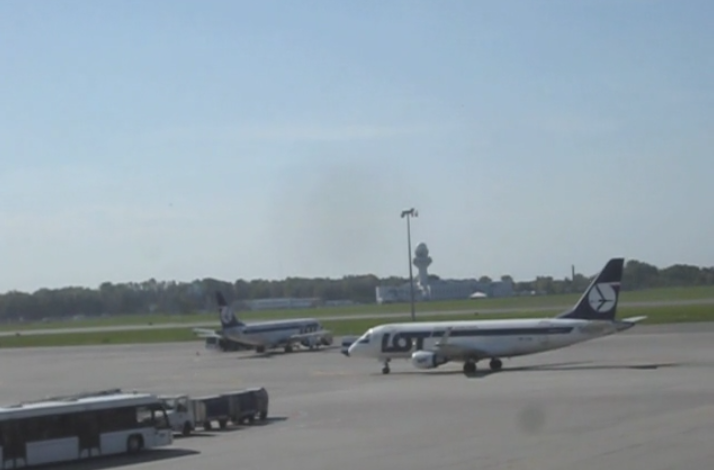 What if field recordings became popular?  You know, like pop songs?

In a piece on a field recording posted in tribute to Ahmed Basiony, killed in the Cairo uprisings in January this year, Marc Weidenbaum asks a similar question.  The recording, made by John Kannenberg, is one of a series of museum recordings, all lasting exactly 4 minutes 33 seconds – a duration in tribute, of course, to John Cage.

It’s no doubt something of a pipe dream among those of us who enjoy field recordings, but should the act of recording the sound of a place ever become nearly as popular and common as is taking photographs of places, it’s imaginable that 4’33” would become a if not the standard length of such an audio document, the same way that there are standardized dimensions for photos.

This may be true. And indeed I have made some 4’33” recordings of libraries, other places of relative silence, that might appeal to our inner Cage.

But if 4’33” is one standard (equivalent perhaps to an album), then one minute is another (the seven-inch single of the field recording world, we might say).  Think of the Quiet American’s One-Minute Vacations or Sound and Music’s Minute of Listening project (to which I have offered some contributions). Sixty seconds is also the (approximate) length of the sonic postcards that are emerging from the City Rings venture.

Whatever. But if these became hits, one thing they would need is a video.  What would a field recording pop video look like?

More promising is a Vimeo group that goes by the name of, um, Field Recording.  John Kannenberg himself has a A Sound Map of the Egyptian Museum here, which displays a floor plan and indicates where in the building the different recordings were made as they play.  South Bank Skate consist of a sequence of still images taken of a skate park, while the soundtrack appears to be a continuous recording of people skateboarding there.

There are some films of musical performances which, while they make full use of the acoustic space (and one, Notturno, recorded in a working steel foundry, is actually dominated by the ambient sound) still offend the purist in me, who doesn’t want to call these field recordings.

But probably the most common approach found here is to present long takes from a static camera, positioned close to where the recordings were made.  Among my favourites is this clip of Zurich airport at night by Made for Full Screen:

I like this sequence too, animate structures #4 by John  Grzinich, exploring the aeolian effects of strong winds on the landscape and the built environment in the hills just north of San Francisco:

Also interesting is Transplant – 06/07/2010 by Keir Docherty, a close-up of foliage, with the movement of motor traffic on a busy road beyond, which dominates the soundtrack, part of a ‘series of short videos which capture simple moments of everyday life from a very particular perspective.’  The point being to demonstrate that while trees and plants are often introduced to conceal roads from the eye, they are much more effective at masking the visual rather than the aural, even though they do dampen the sound.

These are all fairly close to what I imagine a field recording pop video would look like. The long takes, the static camera, the relative absence of movement within the frame, all help to draw attention to the soundtrack, and yet allow a certain tension between sound and image, given that there will always be a mismatch between what you hear and what you can see (like noises originating off-screen, but also events on-screen that, perhaps unpredictably, cannot be heard). And it is a tension that doesn’t tend to exist with photographs which do not carry the same (if any) sonic expectations.

The makers of such films have sometimes found it useful to work to a set of rules. Made for Full Screen drew up guidelines for a Vimeo group called The Pictures Don’t Move:

Two years later with over 400 videos, the principles have clearly struck a chord. Despite frequent flagrant (and sometimes spammy) disregard for these rules, there are some great films here.  But after watching a few, my growing feeling was that they were visually too busy.  Or at least that their creators were more interested in what you see rather than what you hear.  Perhaps at some level they were trying too hard not to be boring.

That’s never been a problem for me. Long fascinated by constrained writing, I have been experimenting with a set of rules of my own. Unaware of The Pictures Don’t Move until a few weeks ago, mine are similar, but in effect add more conditions, namely (1) the films must be exactly one minute long, and (2) the source of most of the sounds must be off-camera (to insist on all would be one step too far, I think).

One video in the Field Recordings group that obeys this acousmatic principle is Geijitsu Mura Koen by Brown (also an active member of The Pictures Don’t Move group).  It is grotesquely long – almost two minutes – but repays repeated … I was going to say listening, but what we need is a word that combines listening and viewing (with more of the former than the latter).  Listiewing perhaps.  (You need to join the field recordings group to play it.)

My own efforts have been focused on a project that is bound by even more limitations: Scottish Minutes. The plan is to produce sixty one-minute videos in accordance with these rules, but with the additional objective of covering a wide variety of locations in Scotland (rural, urban, maritime, etc) at different times of year and times of day. In the last eighteen months I’ve made five.  It may take some time.

It almost goes without saying that these rules favour those with fairly unsophisticated equipment.  They could be made quite easily using a smartphone. I tend to make things more complicated for myself. Used to making sound recordings, I normally use binaural microphones with a minidisc recorder for the audio, and a cheap point-and-shoot digital camera. Back home I transfer the recording onto computer, choose the segment I want and attach it to the matching segment of film (replacing the original audio taken by the camera).  Of course, since much of the sound is off camera, precise matching of sound and image is not usually required.

Here’s an example of a non-Scottish minute. A Short Film About Flying, made at Warsaw’s Chopin Airport.  You will notice that not only are these videos done on the cheap, I don’t even bother to clean the camera lens properly.  How rock’n’roll is that?